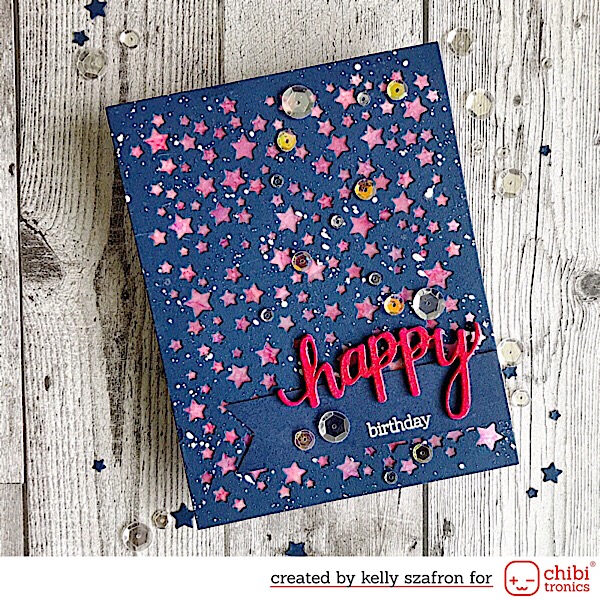 Hello, Kelly here to share how I made this card using Chibitronics and Hero Arts products.  To start I diecut the starry background from navy card stock and splattered it with a bit of white paint.  I then colored a piece of velum with alcohol inks to place behind the diecut piece.  I planned out and made the circuit for the Chibi Lights on a piece of cardstock.  Odd number groups (I like to use groups of 3) and triangular placement are design principles that helped me with my light placement. I diecut the Hero Arts “happy die”  4 times from pink cardstock, glued the layers together to make it thicker then covered it with Wink of Stella Glitter and Glossy Accents. The banner was made by cutting the end of a strip of cardstock with scissors and embossing the sentiment stamp with white embossing powder.  The card looks pretty but once the LEDs light up it really shines.

Thank you for stopping by.