Skip to content
1 Comment on Effects Sticker TutorialPosted in How To By Jie QiPosted on May 28, 2014June 1, 2020Tagged intermediate circuits 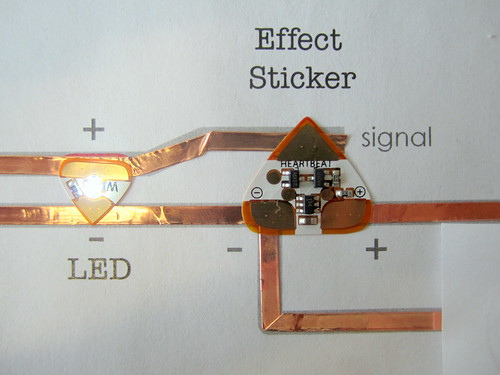 Use the effect stickers to make your LEDs shine different patterns, depending on which sticker you choose: blink on and off, fade in and out, pulse in a heartbeat and twinkle like a star. 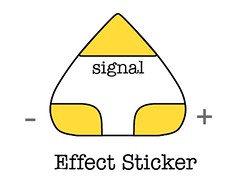 The effect sticker has three pads: + and – for power and a signal pad that generates the pattern.

The signal pad is pre-programmed to switch between + and -, which causes the lights connected to it to turn on and off automatically. Varying the amount of time spent on and off creates the
different light patterns. 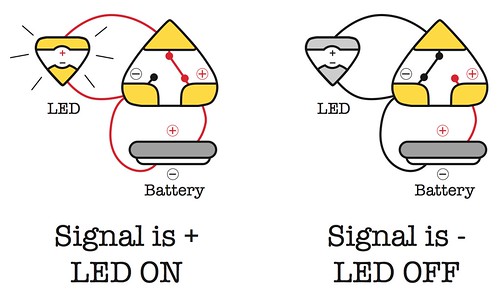 Follow the tutorial below to create a test circuit for your effect stickers. 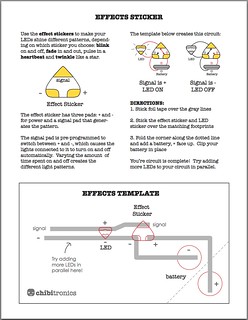 Then cut out the template on the bottom of the printout. 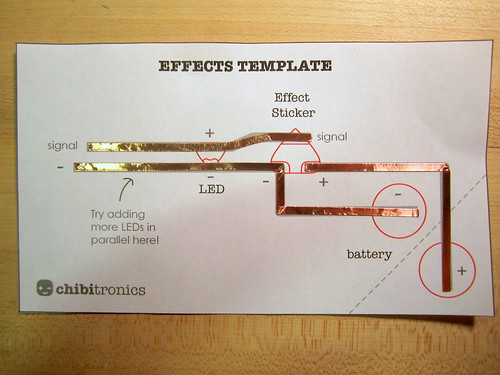 STEP 3: Stick the Effect and LED stickers over the red footprints

You’re done! The LED should light up with the pattern of your effect sticker.

Below is a video showing the various effects: fade, blink, heartbeat and twinkle.

TRY THIS: add more LEDs to your circuit in parallel!

Use the test circuit template below to create alternating light patterns. One thought on “Effects Sticker Tutorial”