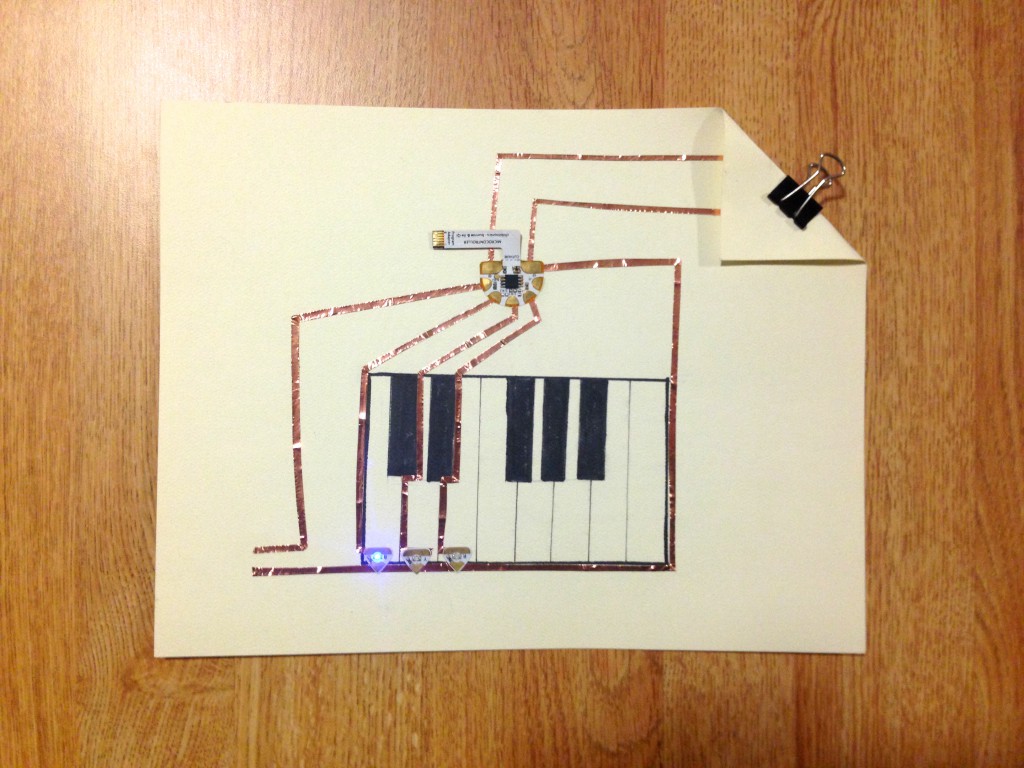 This tutorial will show you one possible way you can use the programmable microcontroller—to visualize music! When triggered the LEDs will light up in order corresponding to the notes of a very basic piano song- “Hot Cross Buns.” 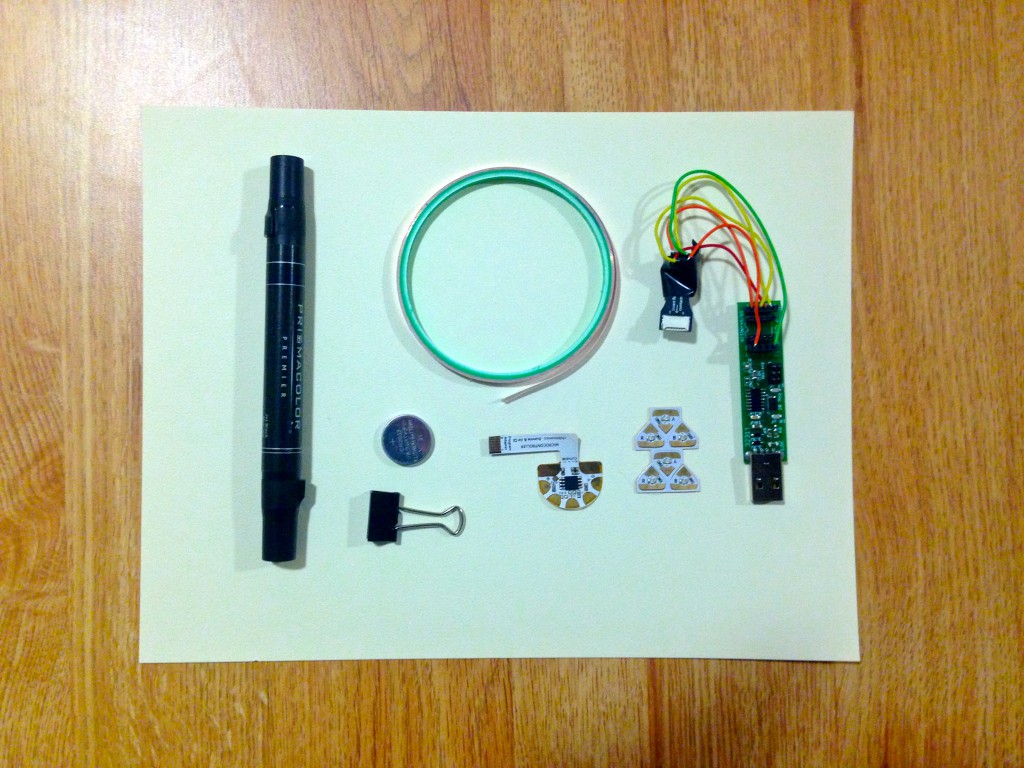 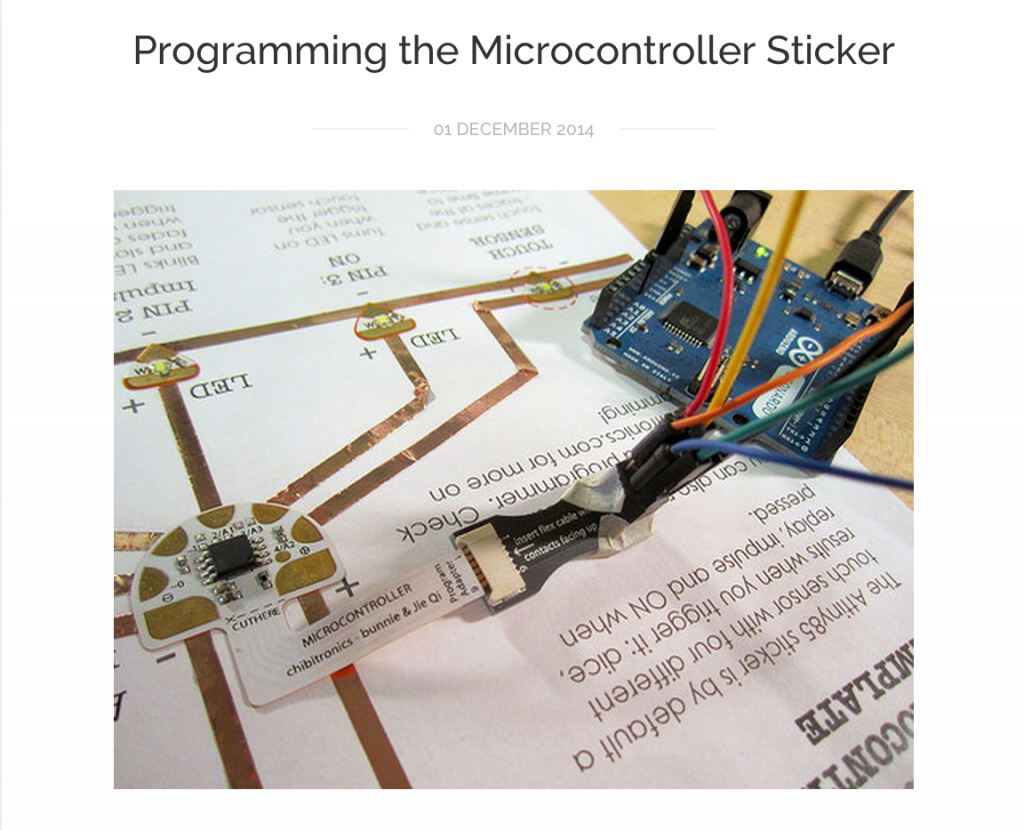 Step 2. Plan the circuit you want to create. I first used a separate piece of paper to sketch out the piano keys and where the microcontroller would be placed. 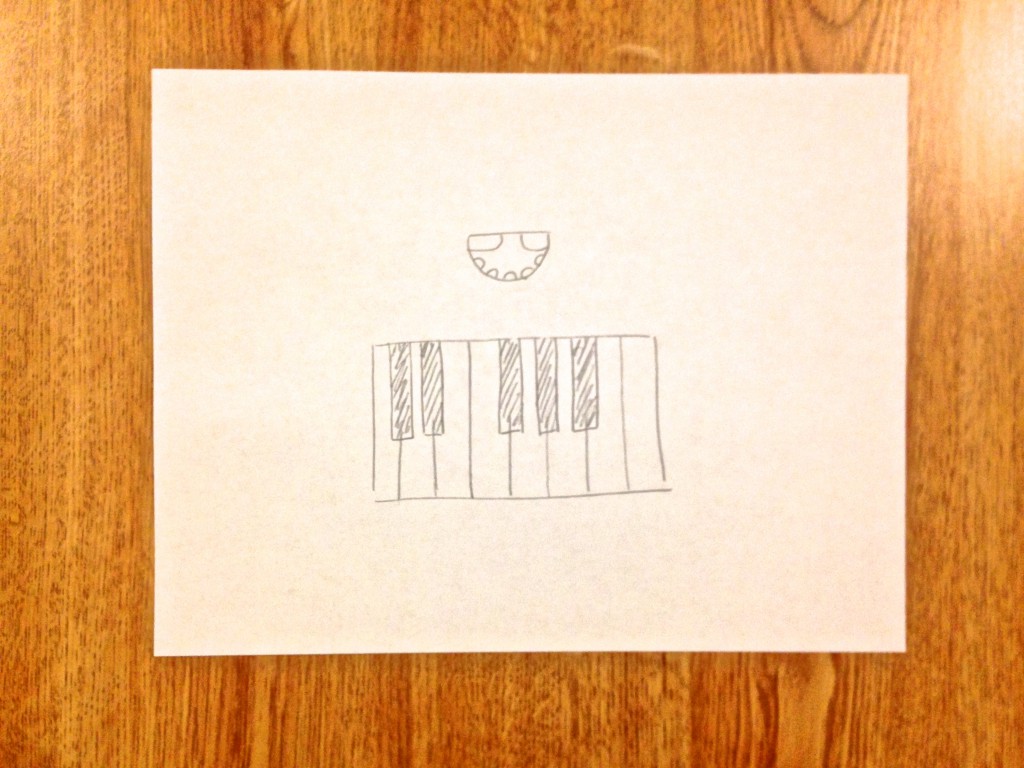 Step 3. Draw in the locations of the LEDs, copper foil, touch sensor, and battery. The structure of your circuit can be based on that shown in the “Attiny85 Microcontroller Template.” 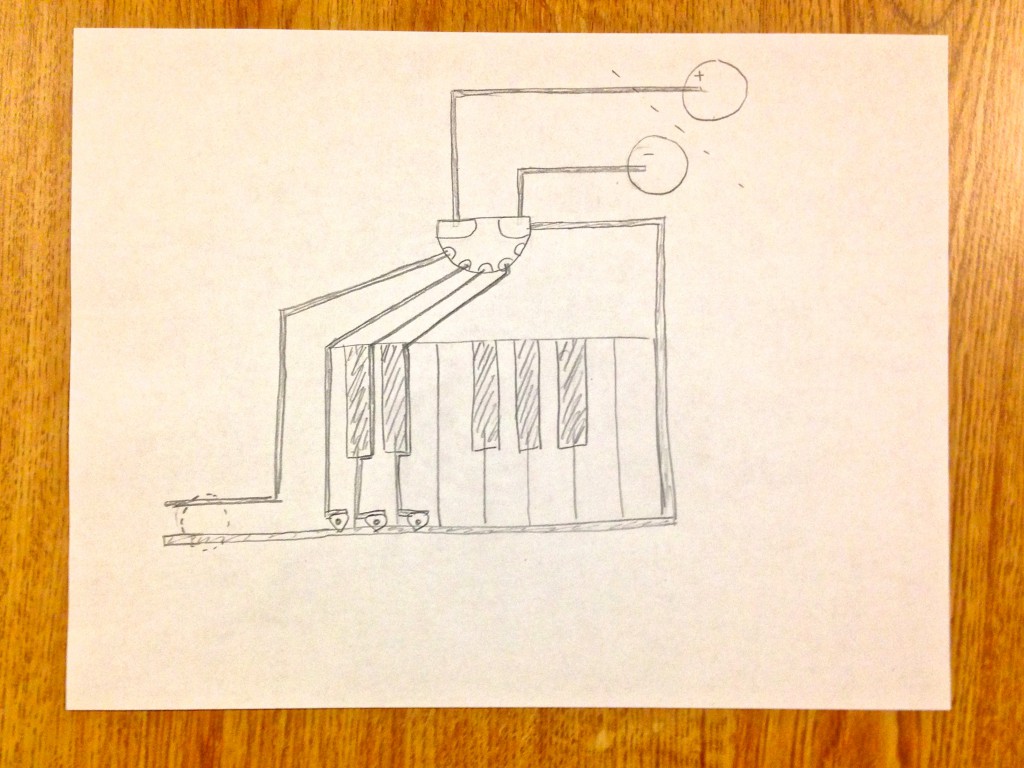 Step 4. Once you have your circuit drawn out and know which LEDs correspond to which pins on the microcontroller it is time to begin programming: 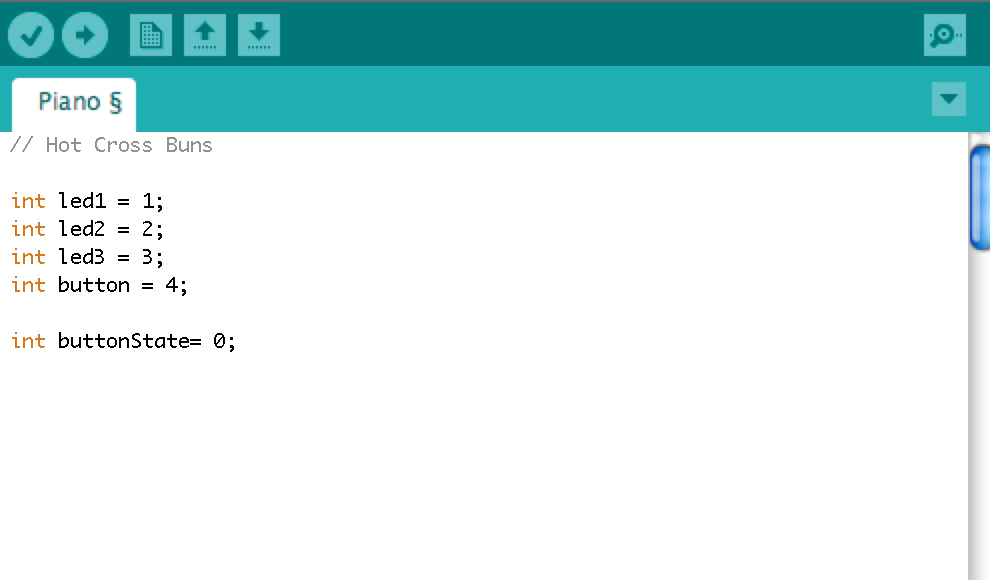 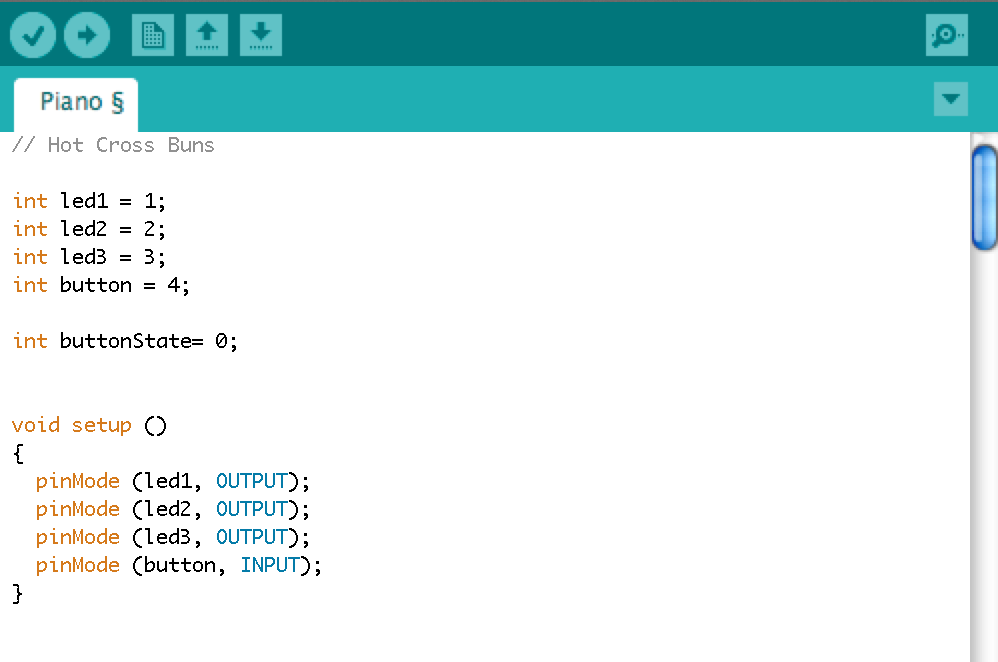 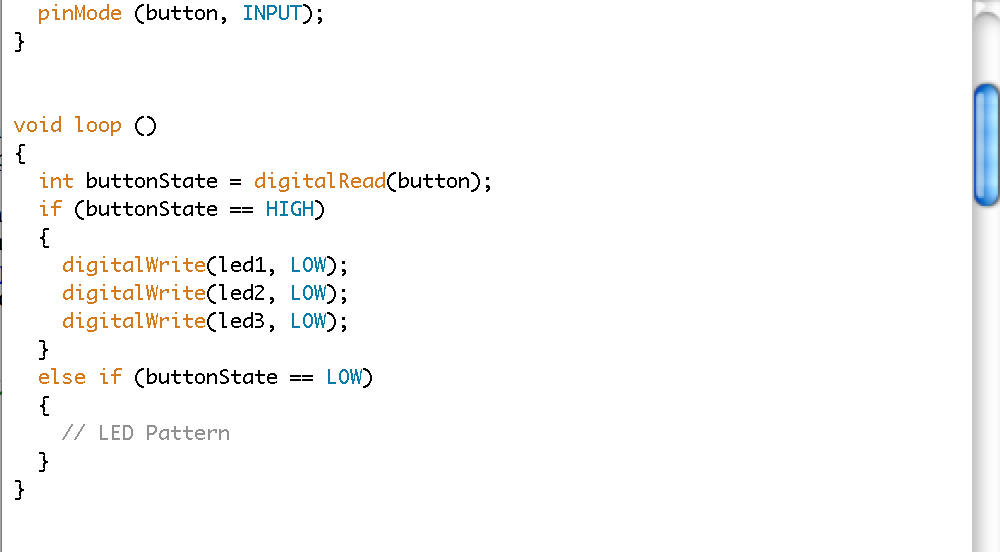 Notes:
– It may be helpful to attach your microcontroller to the Attiny85 Microcontroller Template while you program to ensure all your code is working correctly.
– This program could be made much more concise by using functions (instead of repeating the entire code to turn each LED on and off), but for simplicity, this tutorial does not use this method.

Step 5. Create your final circuit (based on previous sketch) on a piece of card stock. 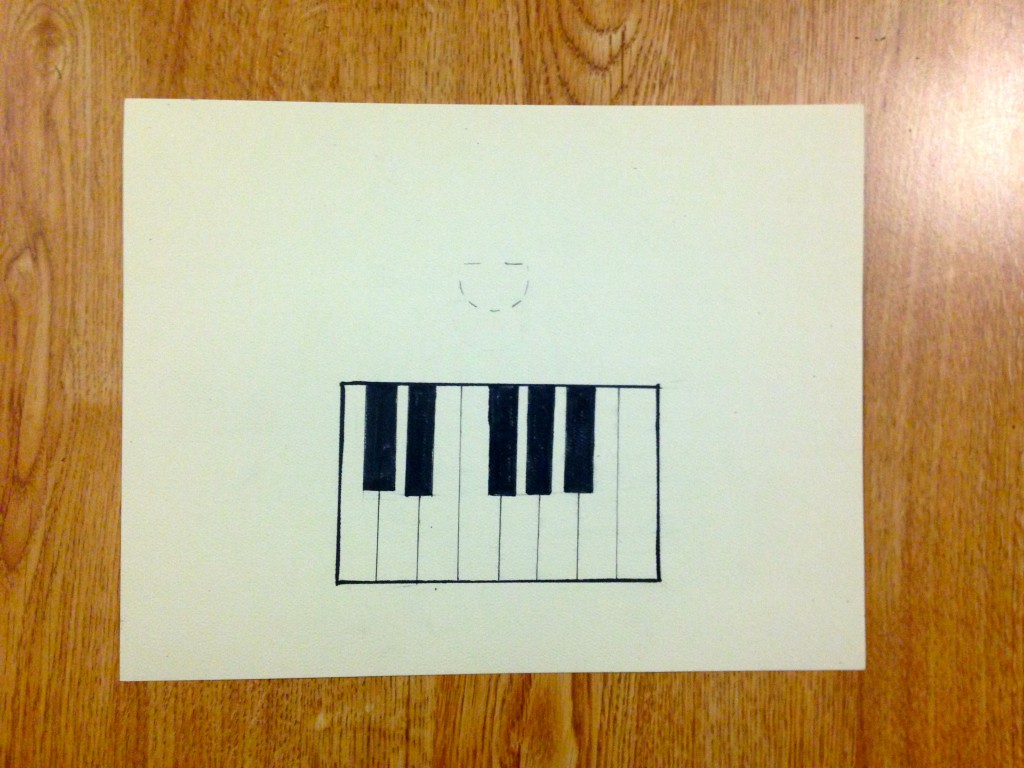 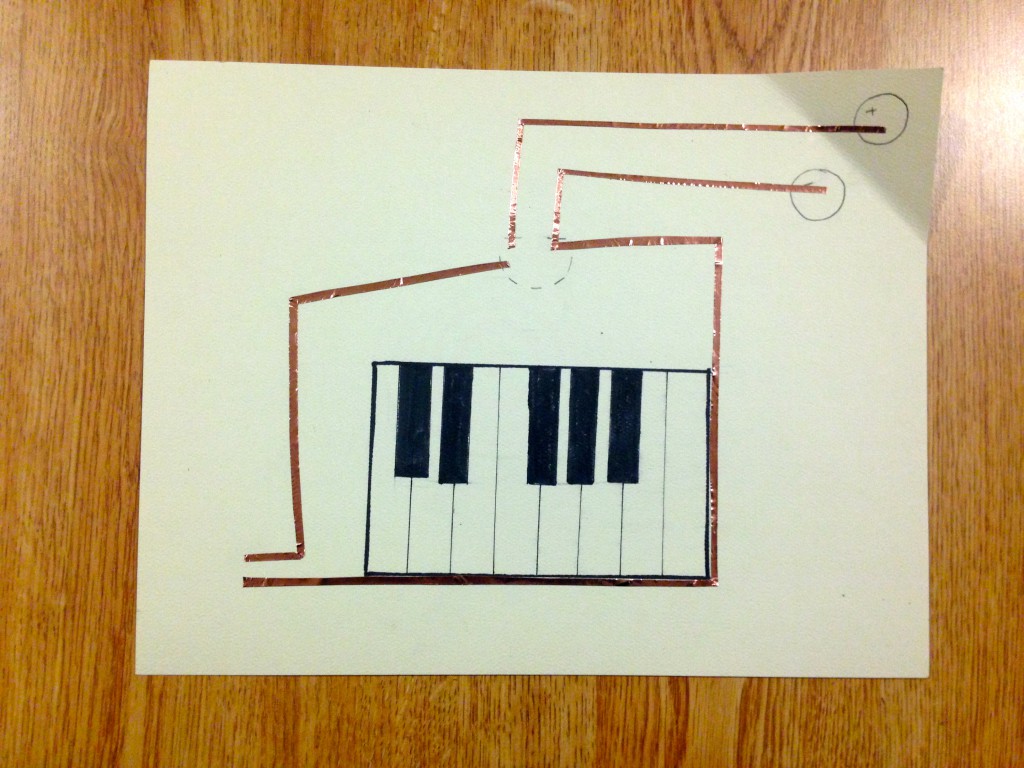 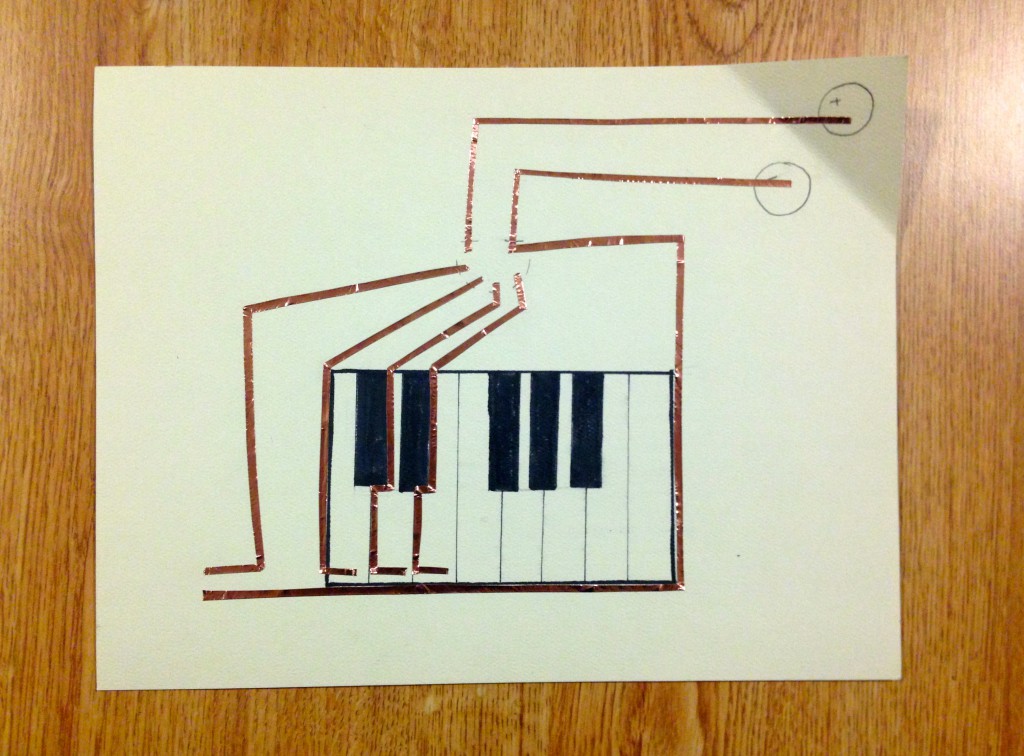 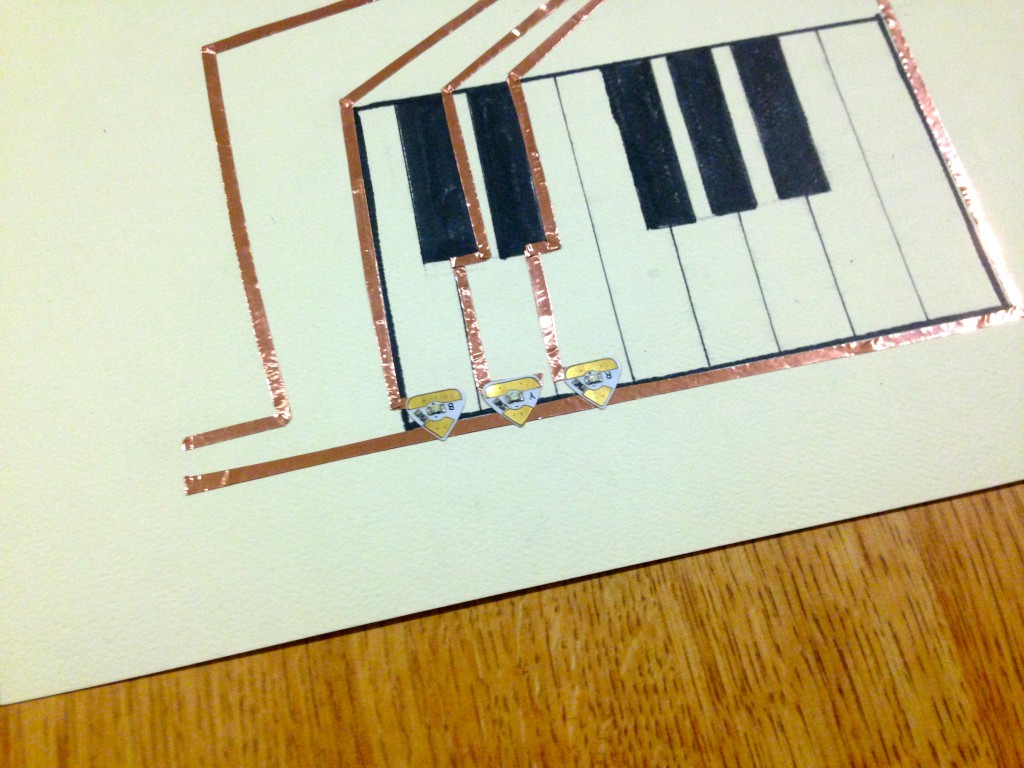 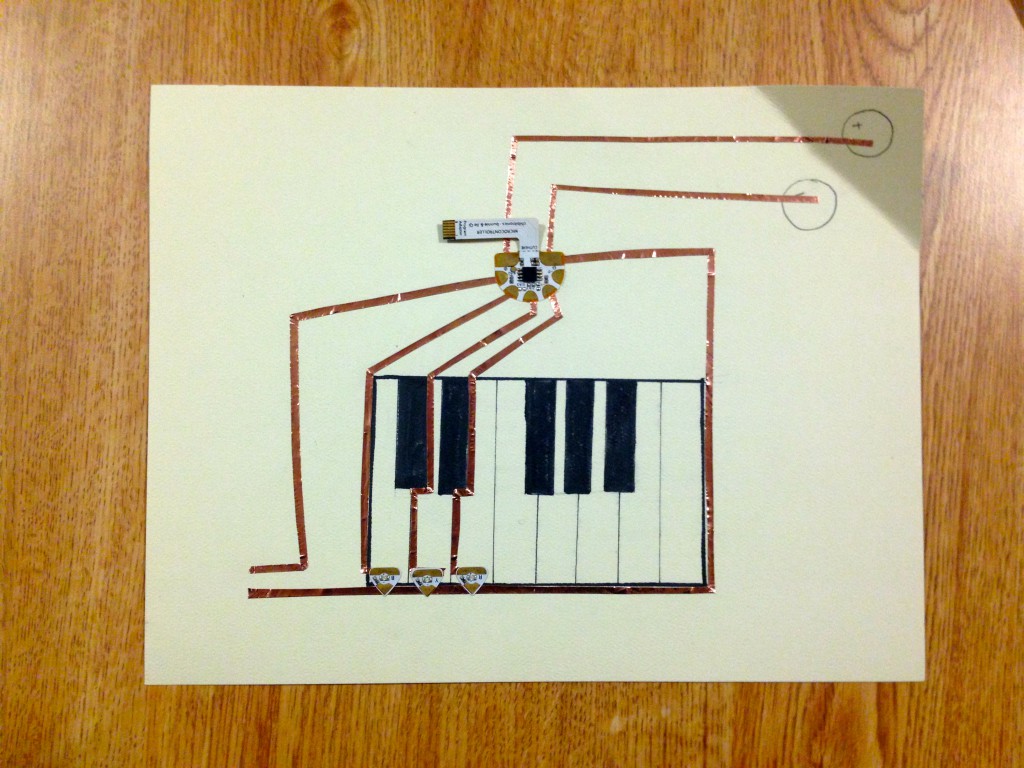 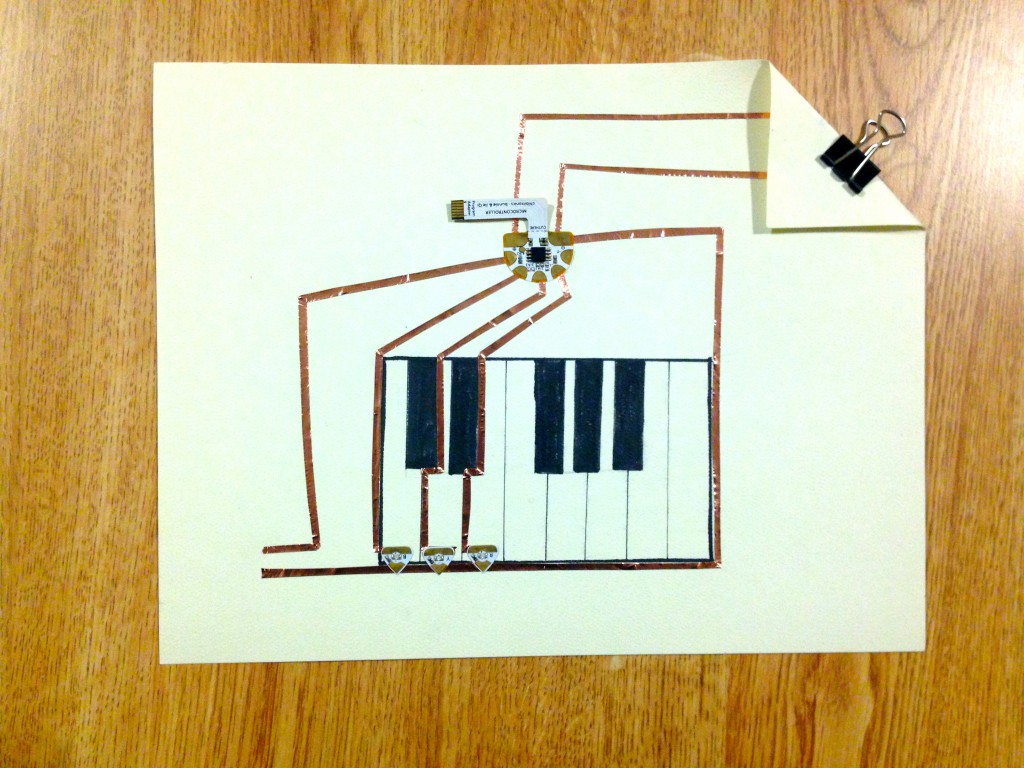 Congrats! Your programmable piano is complete. Simply connect the two pieces copper tape with your finger to play back your notes. 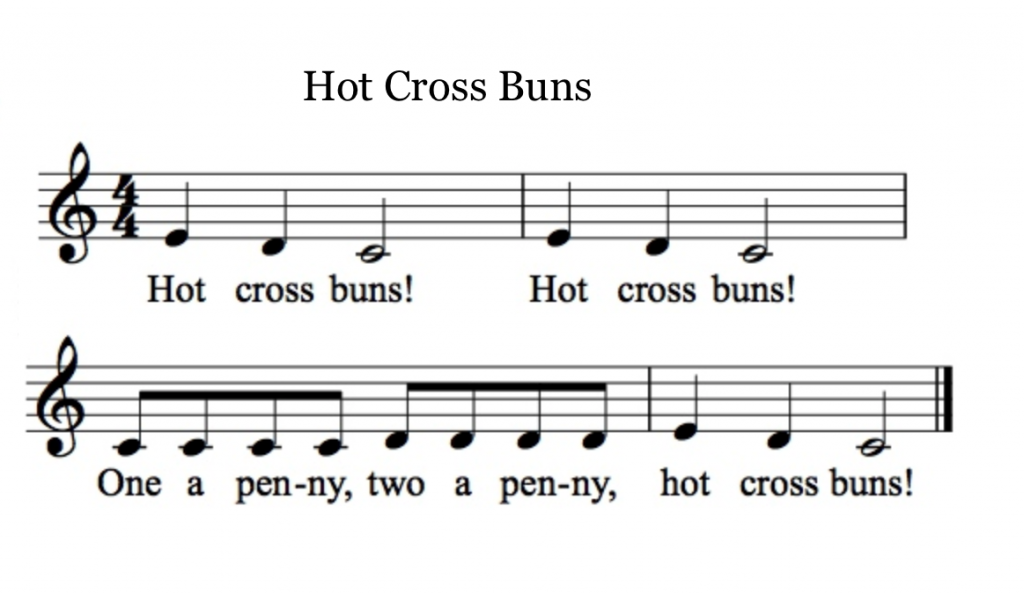